Transportation or commonly transport is a kind of system wherein different means are provided for the people to travel or move from one place to another conveniently. Transportation is not confined to any single mean rather there are so many different types of transportation which are necessary to keep the day to day tasks on track. For instance, we need to have open, unobstructed roadways to reach our destinations on time; airplanes are used to get to the far off destinations to conduct business deals or just to spend vacations. Similarly, subways and public transportation are extremely important to carry out city operations. School buses, trucks, barges and rails all have an important role to play in performing our daily chores or tasks.

It was in 3500 BC when the first wheel was invented. It was a great milestone in the beginning of transportation. In early stages, the wheels were used on carts and then later on chariots. After this invention, the next to follow was the riverboats which were believed to be used by Egyptians for the very first time. In past, horses were also the essential mean of transportation and it is said that the Asians were the first to use protector on horses’ hooves.  Wheelbarrows were another important breakthrough in moving heavy objects from one place to another. Cornelis Drebbel was the first to invent the submarine to travel under the water in 1620. With the beginning of the Industrial Revolution, the world experienced the very first paddle wheel steamboat in 1700s. Since then, we have seen a lot of inventions in this regard. For instance, we saw cable car and later in 1903, the Wright Brothers invented the first airplane given the name ‘flying machine’. Wright Brothers also possess the title for inventing bicycles. Few years later, Henry Ford invented the cars in 1908. Similarly, 1940s is regarded as the decade when world saw first helicopter flight. Jumbo jets were introduced in 1970 and the major invention which the world experienced in 1981 was the Space Shuttle. 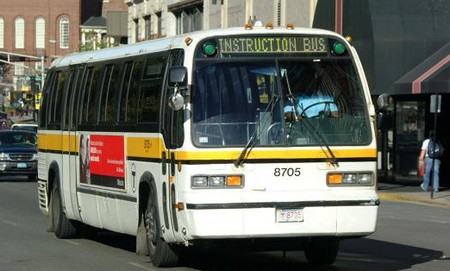 Following are given some of the different types of transportation:

Interstate highways are historical parts of United States’ transportation system. Officially, this is referred to as National Highway System that comprises of about 160,000 miles of smoothly paved roads and interstates which aim at keeping the inhabitants mobile, and so on. Formally, the National Highway System is separated into different key groups given below:

Union Pacific was considered as the first intercontinental railroad that links the Eastern United States to the new frontier of the West. It was built in the middle of the 19th century. Over 20,000 men, most of them were the immigrants, took part in building this railroad. An interesting fact about this is that it was built by hand. It was the first in United States whilst England was the first to build the modern railroad in the 1820s. With the economical growth of the United States, the railway network was expanded. This expansion encouraged people to travel by train and also to transport goods.

With the appearance of the subways, rapid systems, monorails, commuter and light rail, the rail turned out to be feasible mean for local and regional transportation. It was in 1863 when this kind of methods was introduced in the England in the form of ‘The London Underground or the Tube’. Having a proper well-designed rail system can help to decrease the crowd from the roads, as more and more people opt to travel by transit rail system to reach different metropolitan areas quickly. 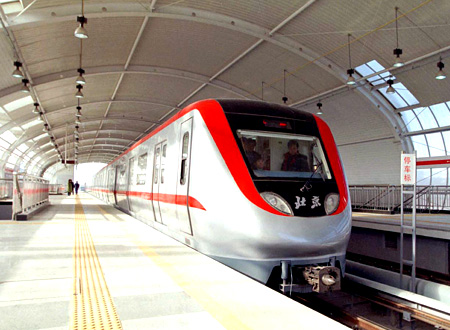 There is a class of people in United States that think that the automobile will never be appreciated so well to become a major mean of transportation in the country. The automobiles are perhaps one of the major sources to travel across the country. Also, the cars are not only the major mean of transportation in the country but it is also used widely all over the world. Interestingly, United States is holding the topmost position all over the world for passenger vehicles. According to the estimates given by the Department of Transportation, there were more than 254 million registered vehicles recorded until 2007. An interesting fact here is that the number of licensed drivers is far less than the number of registered vehicles. This is perhaps one of the major reasons for increasing traffic on the roads. The cyclic increase in the oil prices and the deteriorating conditions of economy however, has forced many drivers to alter their driving habits.

Along with automobiles, you have to keep in mind the cargo or freight trucks that share a road with you. Cargo or freight trucks are the means to transport goods from one place to another and that too on a 14/7 basis. These are basically the strength of the US economy. It is clear that with an increase in population, the demands for the goods also increase. Some interesting figures are provided by Federal Highway Administration which shows that over 53 million tons of cargos are transported daily and that too of worth near $36 billion. Freight trucks transport anything ranging from consumer goods to industrial equipments.

We can expect a considerable increase in the number of vehicles and trucks travelling on the American roads in future. According to Federal Highway Administration, the numbers will increase 30 percent by 2035.

The first step in giving the people a new concept of transportation was taken by the Wright Brothers with an invention of their ‘Flying Machine’. Since then a lot of work has been done in this regard. Today, airplanes are not just used commercially; they have a vital role to play in military, and pleasure travel as well. Unlike any other transportation mean, air travel is a bit expensive as airlines fares are more prone to the changes occurs in the oil prices and overall economy. The tragedy of 9/11 has had a great impact on the air travel. This event brought with a lot of reconsidering in terms of security and other airport safety measures.

A lot of work has been done in this field and still aircraft builders are busy in bringing something new that is lighter, more economical in terms of fuel consumption, more efficient and more reliable.

Boats and ships are perhaps one of the oldest means of transportation. These are still a viable option for travelling. As we have talked about freight trucks, shipping is another mean to transport goods from one place to another. Travelling by boats and ships is common in the areas which are located alongside river or near seaports. Cargo shipping is not limited. It is used to transport goods internationally. Waterways provide a connection between cities, regions and even countries. The Great Lakes St. Lawrence Seaway System is an apt example.