Detroit police are seeking tips in a pair of shootings reported this week on the city’s west side that left two people wounded.

About 1:25 a.m. Tuesday in the 8800 block of Livernois, a 24-year-old man told investigators he pulled up to a gas pump “when an unknown male suspect placed a gun to his head,” police said in a statement. “The victim accelerated, then the suspect fired a gunshot, striking the victim in his body.”

The 24-year-old was taken to a hospital and listed in temporary serious condition, according to the release.

Anyone with information is asked to call the Detroit Police Department’s 10th Precinct Investigative Unit at (313) 596-1040 or Crime Stoppers of Michigan at 1-800-SPEAK-UP.

In a separate incident, a 55-year-old man was driving a 2016 GMC Sierra near Seven Mile and Fenmore about 7:55 p.m. Sunday when someone fired shots from a late model red Dodge Charger, police said in a statement.

“The victim was struck in the body causing him to lose control of his vehicle and strike a pole,” according to the release.

The driver was treated at a hospital for an injury that was not believed to be life-threatening, police said.

The suspect was last seen traveling northbound on Ashton. Authorities did not have a description.

Anyone with information is asked to call the Detroit Police Department’s Eighth Precinct at (313) 596-5840. Anonymous tips can also be submitted to Crime Stoppers at 1-800-SPEAKUP.

What are the best RV parks, gas stations and campgrounds?

Tue Oct 13 , 2020
Note from 10Best: Someday, we’ll all be ready to pack our suitcases again and head out on our next adventures. In the meantime, we’ll keep supporting the places that inspire us. 2020 has become the year of the road trip, with more and more Americans choosing to explore America the […] 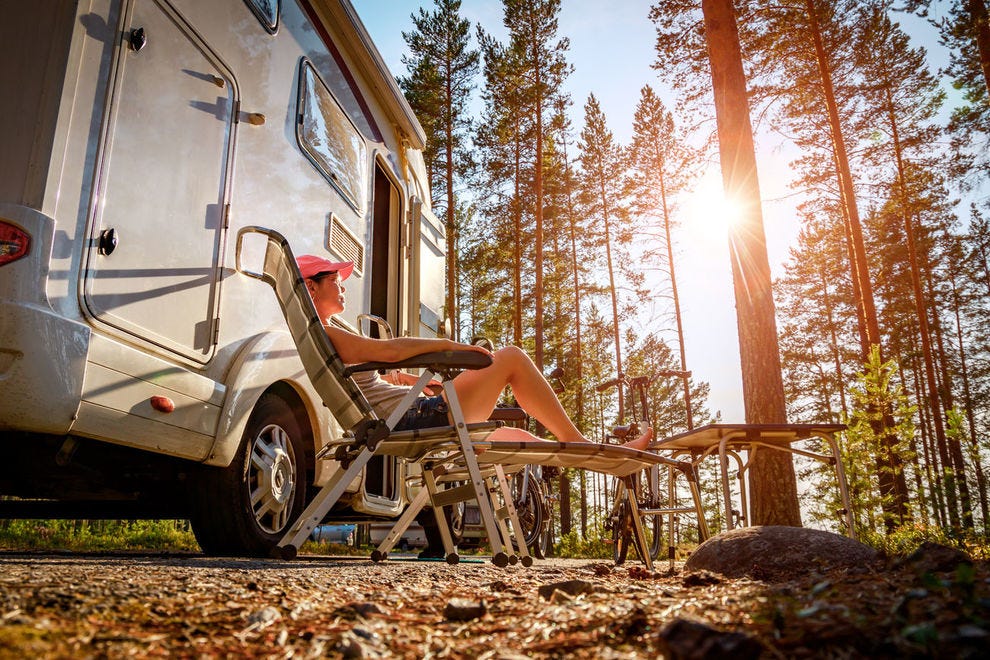