Safe-Guard Products International, one of the largest finance and insurance product providers in the U.S., is launching branded products for Prime Automotive Group, both companies announced last week. The agreement with Prime is Safe-Guard’s second-largest with a retailer after its relationship with AutoNation Inc.

Prime Automotive, which ranks No. 11 on Automotive News’ list of the top 150 U.S. dealership groups based in the U.S., formally launched its Prime Automotive Protect brand this month. Prime signed onto Safe-Guard, which supports a cadre of automaker white label F&I solutions, to launch its name brand and to add manufacturer-branded products to its offerings.

A branded-product strategy is among the ways Prime anticipates raising F&I profit per vehicle retailed by $200 by the end of this year, according to Paul Monarch, a senior consultant for Prime. Monarch said he was hired nine months ago to raise finance profits and increase F&I product penetration for the group.

“We’re a little more than halfway to that goal right now,” Monarch said. “One of the areas where a lot of improvement is going to come from is on the product side.”

Monarch was vice president of finance and insurance at AutoNation from 1997 through 2011.

Kevin Westfall, who was Prime’s interim CEO from September to December, spent 14 years at AutoNation as senior vice president of sales. He was replaced by CEO Todd Skelton, another former AutoNation executive.

Sun Aug 30 , 2020
Quantzig, a leader in delivering scalable analytics solutions and data science services, today announced the completion of its recent article that sheds light on the benefits of CPG analytics from a sales and business viewpoint. 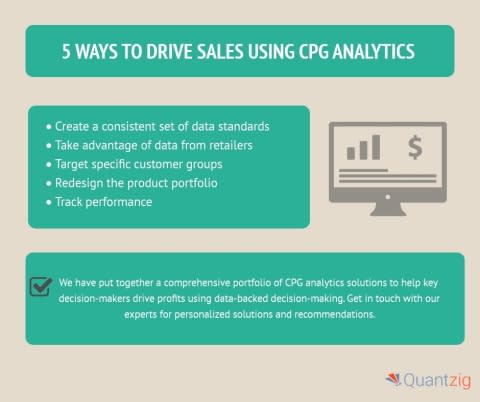