Lincoln announced that it will no longer partner with startup EV automaker Rivian for a new fully electric vehicle, in part because of the COVID-19 pandemic. Ford’s luxury brand had planned to release a new EV model riding on Rivian’s skateboard platform but now says it will eventually develop its own EV.

This cancellation just so happened to occur on the same day that we published our speculation about this new Rivian-based Lincoln model, possibly called the Mark E, that was slated to arrive in 2022 or thereabouts. That timeline will certainly be pushed back now. We’re starting to think that the eventual Lincoln EV model could instead share components with the Ford Mustang Mach-E, which rides on a Ford-developed electric-vehicle platform.

Ford does say it is leaving the door open for other possible vehicle collaborations with Rivian in the future. The two companies say that the partnership will continue; Ford invested $500 million in Rivian last year and this planned Rivian-based Lincoln was going to be the first product resulting from the pairing.

Wed May 6 , 2020
At the recent Sustrans Volunteers weekend in Aviemore, Dunkeld’s Katharine Melville received one of three Appreciation Awards. Xavier Brice, Chief Executive of Sustrans, presented the certificate to Katharine who, along with several other ByCycle members, has worked for many years as a Ranger on the off-road sections of NCN77 and […] 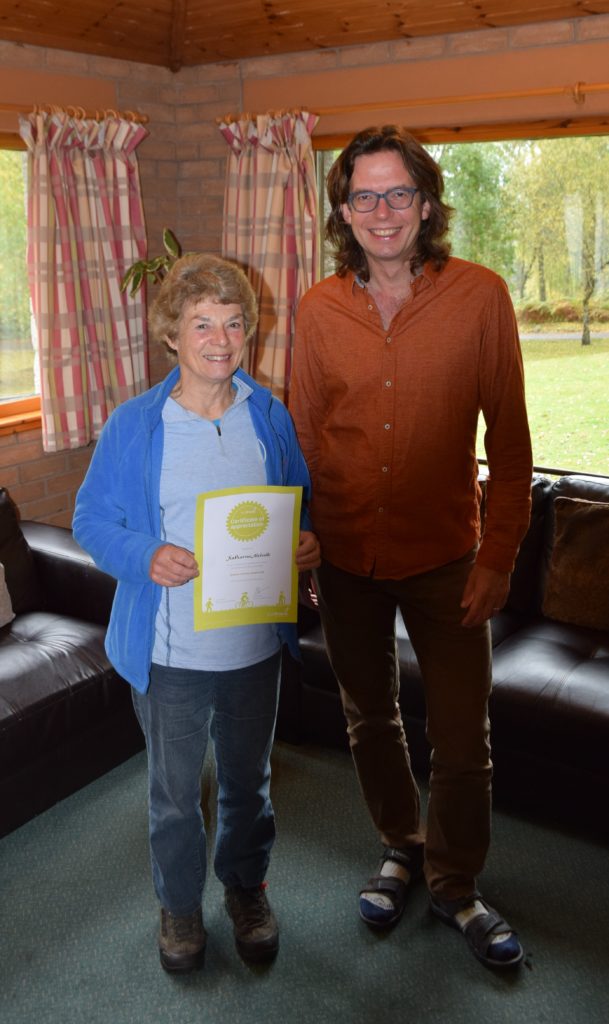