This is the first in a series of five articles that help you find ways to reduce your carbon footprint by changing your use of the main carbon culprits in the average American’s lifestyle.

It’s no secret that Americans love their cars. We drive more miles than any other nation — 30 percent more than second-place Canada. But all those miles on the road come with a high environmental price. The typical passenger vehicle emits 4.6 metric tons of carbon dioxide each year.

Few of us are willing or able to give up our cars, but everyone can cut their transportation carbon. From reducing your carbon a little to a lot, here are some good, better, and best steps you can take.

Because carbon dioxide emissions are a leading cause of climate change, measuring the amount of carbon dioxide released by a particular activity can serve as a useful shorthand for that activity’s environmental impact. This greenhouse gas measurement is known as the carbon footprint of that activity.

There are many ways to calculate your family’s overall carbon footprint, which can be higher or lower depending on the number of people in your household, the size of your house, how much and how you travel, and myriad other major and minor decisions you make throughout the year. Although different methodologies result in somewhat different results, on average, each American generates 18.55 tons of carbon dioxide emissions each year, or 3.5 times the global average.

According to a Union of Concerned Scientists study, the largest contributor to Americans’ carbon footprint is transportation, generating 28 percent of overall emissions. These emissions are mostly from cars and trucks — only 8 percent of all U.S. transportation emissions comes from airplanes or other modes of transportation, simply because Americans drive so much more than they travel any other way. On average, Americans drive 13,474 miles per year — equivalent to more than four round-trip drives from New York to Dallas — in cars that average 25 mpg.

The good news is that compared to other emissions sources – like electricity production — we have a great deal of control over how we travel and how much we drive.

Driving is such an integral part of many Americans’ lives that the idea of driving less can sound like a hardship — and thanks to urban development patterns, in many cases it is. But there are some effective steps you take to cut down on emissions without major lifestyle changes.

Good maintenance practices like regular tune-ups, using the right fuel, changing your air filter, and checking your tire pressure will keep your car operating cleaner and at maximum fuel efficiency.

Even without reducing how much you drive, you can change how you drive to burn less fuel. Eco-drivers avoid aggressive driving (that is, rapid acceleration, hard braking, and speeding) to improve gas mileage up to 40 percent in city traffic. Turning off the engine instead of idling at railroad crossings and drawbridges saves fuel.

The idea that warming up the engine before driving in winter is a myth that refuses to die — unless your car predates the mid-1990s, idling is always a waste of fuel.

No matter where you live, you can drive less if you plan ahead and consolidate trips. Instead of heading back out to pick up that one thing you forgot at the store, wait until your next planned trip to buy it. When you run errands, plan your route to reduce driving back and forth.

If you want to do better, incorporate cleaner modes of transportation into your routines.

Bike, carpool, or use public transportation for your work commute.

Pick a distance from your house and eliminate all car trips shorter than that distance. Depending on your fitness level, that may mean walking to the mailbox instead of driving; or it could mean walking or biking to all destinations within five miles of home. Outside of that distance, use public transportation whenever possible. Do not, however, use ride-hailing services like Lyft and Uber, which are usually more polluting than simply driving yourself. (The variable impact of carshare programs like Zipcar and Car2Go depend on usage patterns.)

When it comes time to replace your car, buy an electric vehicle or a hybrid. If your budget doesn’t allow for that, commit to finding a vehicle that is more fuel-efficient than whatever you are driving now.

When you travel, choose the most sustainable mode of transportation available for your destination and buy offsets to minimize your impact.

Sell your car and don’t replace it. Walk or bike everywhere that you can, only using public transportation as a last resort. When you travel, use slow travel methods instead of flying. 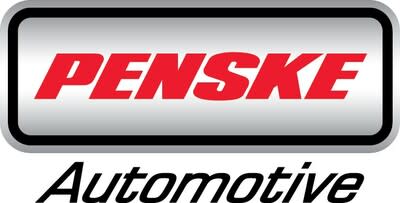