It’s been a tough six months for Mike Gribner.

First, in November, the administrator of the Washington Department of Transportation’s eastern region saw Initiative 976 pass.

That measure, which is still being wrangled over in court, will save car owners on the price of their registration fees if it becomes law. But those savings will cost Gribner much of his budget for maintaining Eastern Washington roads.

Gribner had been “raising the alarm bells” about road preservation needs since before voters approved that initiative, he said this week. But “the initiative exacerbated that situation significantly.”

“That basically halved my 10-year preservation plan,” Gribner said. “It also created some programming instructions that are going to be problematic for the public.”

Those new instructions are guidelines for what maintenance work the Transportation Department is allowed to pursue as it attempts to stretch its shrinking bottom line. And under those instructions, some pretty fundamental work no longer will be done.

Then, of course, came the coronavirus and the statewide “Stay Home, Stay Healthy” order.

That led to a pause on all but the most essential maintenance work. It also led to a sharp drop in how often Washingtonians hop in their cars and go somewhere. As of March 31, traffic in the Spokane area reached a low point, when it was down 42%, according to department data.

The drop in driving was a sign that people were largely heeding Gov. Jay Inslee’s orders. It had other benefits, too. With fewer people on the road, accidents, injuries and fatalities declined, as did emissions from the tailpipes of cars no longer running.

The department hasn’t quite measured the full scale of the fallout, Gribner emphasized, but as of late last week, his back-of-the-envelope calculations indicated the department will be $100 million short on revenue – per month.

Department officialsalready are looking for a way to climb out of that hole, Gribner said, but it won’t be easy.

Gribner said there are “certainly conversations” happening with the state’s congressional delegation “about if, when and how to help the states” by redirecting federal funds to soften the blow. And he said there are “conversations that will happen in the Legislature and governor’s office” as well.

While such help may come through, Gribner acknowledged “there’s quite a bit of headwind,” with everyone hurting from the pandemic and the measures implemented to slow its spread.

“The outcome of this is definitely just a guess right now,” Gribner said.

In the meantime, he and his colleagues are contemplating what Gribner fittingly calls “guardrails,” meaning the best- and worst-case scenarios the department will have to navigate between.

On one side, there’s the possibility that state and federal dollars come pouring in.

“So that’s one end of the spectrum,” Gribner said. “It’s pretty bad, but there’s some level of mitigation that would make it not so bad.”

On the other end, there’s a possibility that aid doesn’t come, in which case the result “could be quite devastating,” Gribner said.

The devastation would be felt most directly, he said, on the $16 billion Connecting Washington program, which includes $879 million to finish the North Spokane Corridor by 2029 and which was funded primarily by an 11.9-cent gas tax increase that took full effect in July 2016.

Gribner said it would be “just speculation” to say whether the timeline for completing the North Spokane Corridor will have to be extended.

“If we were to receive a significant federal stimulus, it may not change that timeline much at all,” he said. But if the department doesn’t get help, “it could change the timeline significantly.”

And that’s not all that could change without aid for the transportation agency, Gribner said. A whole host of improvement projects could be set aside, unmaintained roads could become unsafe, the whole transportation infrastructure could suffer – and that could have broad ramifications.

“From a really macro point of view, I think the very prosperity of the area is at stake,” he said. “Pretty much all of the freight and the things that we consume in the region come in on the (transportation) system we have here. … I have a concern about the overall prosperity of the region based on this.”

Transportation officials are working behind the scenes to advocate for more funding and come up with a more concrete revenue forecast, which should be completed in June.

When it is done, Gribner said, it likely will offer “some clarity about some actions that will be taken reasonably soon afterwards.”

“By that point, we’re going to have to make some decisions,” he said. “And I think you will see some by then.”

Work to watch for

While the future of the North Spokane Corridor hangs in the balance, work resumed this week on one piece of the huge highway project, as the state’s stay-home order was loosened enough to allow some projects to proceed.

On Wednesday, crews resumed work to realign BNSF Railway Co. tracks, moving them west to make way for the corridor.

The project, which is responsible for the closure of Wellesley Avenue between Market and Freya, involves moving contaminated dirt and constructing a new overpass for the tracks.

The city of Spokane will begin some new projects this week and continue others.

Spokane County also is in the thick of construction season, with a number of projects disrupting traffic.

In Liberty Lake, replacement of a water line means Neyland Road will be closed from Lakeside Road to Gage Street until Sept. 30.

Five Studios Are Fighting for the Rights to James Bond

Tue May 12 , 2020
Much online e-ink has been e-spilled over the question of which actor will take up the mantle of international superspy James Bond for the 25th installment of the perennial franchise. Will incumbent star Daniel Craig return for another go-round as 007, or will he be replaced by the likes of new […] 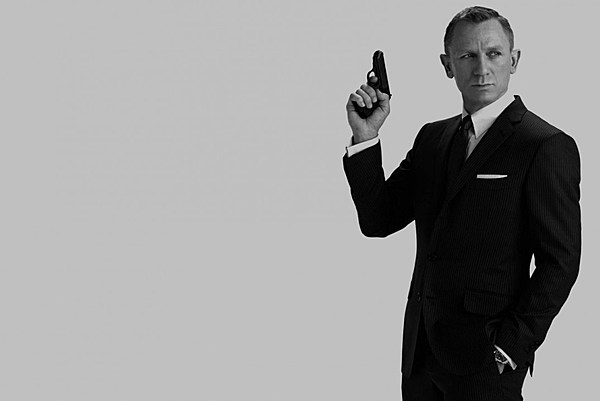