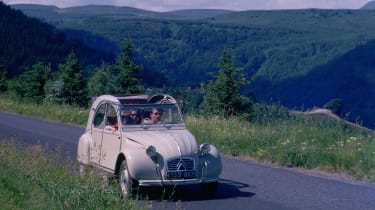 Driving in France needn’t be anything to worry about. Just make sure you read our handy guide and familiarise yourself with the rules and regulations of French roads. Then, all that will be left to do is to enjoy the delicious food, stunning locations and of course, the excellent driving roads.

If you’re driving to France for business or pleasure, below we have a summary of all the key information that you need to know to be able to drive in France. You can use the links to jump to the relevant sections on the page should you wish too.

Read on for our detailed guide to the documents, equipment and road etiquette you need to take with you across the channel.

Which documents do I need to drive in France?

A full and valid UK driver’s licence will allow you to drive in all European Union countries, including France. In terms of documents, UK drivers will also need proof of insurance and ownership (V5C) as well as a passport or national identification card to satisfy the French authorities.

UK government guidance around whether you will be required to carry an International Driving Permit and a motor insurance green card has been deferred until the end of 2020. 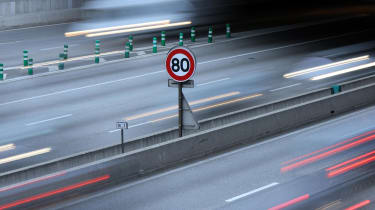 What do I legally need to carry in my car when driving in France?

The French law requires each car to carry warning triangles and high-vis jackets for all occupants (which must be easily accessible). It’s also mandatory to carry a French government certified (NF) breathalyser or alcohol detection test kit in your car, but this law is currently in the process of being repealed and fines are not being imposed.

Drivers in right-hand drive cars will also need to fit headlamp beam deflectors to avoid dazzling other road users. If your car does not have a number plate that includes the GB euro-symbol you must also invest in a GB sign to attach to your car.

No hands-free and Bluetooth devices

In a further effort to increase road safety, France has also banned the use of all mobile phone hands-free and Bluetooth devices. This is something all UK drivers must remember, as a €135 fine awaits those who are chatting away.

Those looking to get to their destination a little faster will have to do so without speed camera detectors, which are also illegal in France. If your navigation system comes with them, you are by law required to disable the alerts. Failure to do so can result in a €1,500 fine.

And, if you’re driving in Paris remember to buy a pollution sticker for your car. As of January 2017, all cars driving in the French capital are required to display a clean air sticker that shows how much you pollute. These can be bought online and cost around 4 Euros (£3.50). Failure to do so could land you a fine of 68 Euros.

What is the legal age for driving in France?

As a visitor to France, if you’re over 18 and hold a full driving licence that’s recognised by the French authorities, like a UK driving licence, you are legally able to drive in France. To ride a motorcycle or moped up to 125cc you must be aged 16 or over.

What is the alcohol limit for driving in France?

The allowed blood alcohol level in France is 0.05 per cent and 0.02 for drivers with less than three years experience. Although the law requiring you to carry a breathalyser kit is being repealed, it is advisable to invest in one anyway.

Most UK insurance companies allow for 90 days of cover in EU countries – but the majority will only provide third party cover. Confirm the type of insurance cover you will have in France before you leave.

Unlike insurance, breakdown cover is not a mandatory requirement in France. It is nevertheless a welcome addition to any long journey. The bigger breakdown providers will offer Europe wide coverage, but this is often an added policy. Check with your provider the type of cover you have, and if necessary you can purchase single trip covers online.

After Brexit, if no other arrangements are made, you won’t be able to call on the Motor Insurers’ Bureau (MIB) for aid, meaning you’ll have to deal with the company yourself while speaking French.

If you have an accident with an uninsured driver in France post-Brexit, you’ll no longer be able to claim compensation from the MIB’s fund, as this will only cover accidents that occur in the UK. 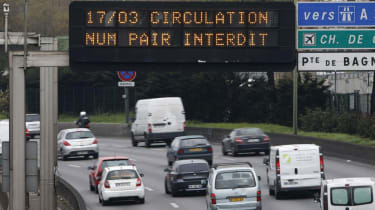 The motorway can be an expensive way to travel, made worse by the fact French fuel is not as cheap as it once was. French motorways are split by tolling stations that charge a hefty fee for passage – these will be clearly marked ‘Péage’ on the blue and white signs, and the payment can be made in cash or with Mastercard or Visa card.

The fuel prices in France for petrol and diesel stand at around at €1.33 and €1.25 per litre, respectively. Just remember that gazole stands for diesel, something that could end up saving a lot of money and time.

Make sure you’re au fait with French road signs, many of which will be familiar to UK drivers, with a few notable exceptions. For example, if you’re hoping to make your way across the country, you’ll need to follow the main road signs. Green indicates a main road, while blue is used for the Autoroute (motorway) network.

Drive on the right-hand-side. It may seem obvious, but remember France drives on the right side of the road.

Watch for different speed limits in the wet and dry. On the French motorways the speed limit is 130km/h (80mph), and 110km/h in the wet (70mph), unless otherwise indicated. Like the motorways, dual-carriageways and other roads will often have two speed limits; the lower of the two is to be obeyed in wet and poor driving conditions.

Pay careful attention to changes in speed limits. Once you reach cities, the speed limit drops to 50km/h (30mph) unless the signs say otherwise. Be careful with your speed, as any UK/EU driver found driving 40km/h above the limit will have their licence confiscated by the French authorities.

Give way to the right. Most important when driving in busy cities, at unmarked intersections priority is given to those coming from the right, unless otherwise stated. This is why a second look to the right is always a good thing to remember.

Back roads are a great alternative. An alternative to the Autoroute motorways (A-signed roads) is the French equivalent to A and B-roads – route nationale (N-signed roads) or the routes départementales (D-signed roads). These roads will add a few hours to the journey, but will swing you by the more scenic parts, small villages and the vineyards. Better still, they’re free from tolls.

Here’s everything you need to carry with you when driving in France and a couple of things to leave at home:

Now read our top tips for driving in Italy…

Wed Sep 30 , 2020
(CNN) — I had no idea when I decided to take the family on an RV vacation this summer that I would have to learn a whole new vocabulary. A three-way hookup isn’t a ménage à trois but an RV campsite with water, electricity and sewage connections. Blackwater isn’t a […] 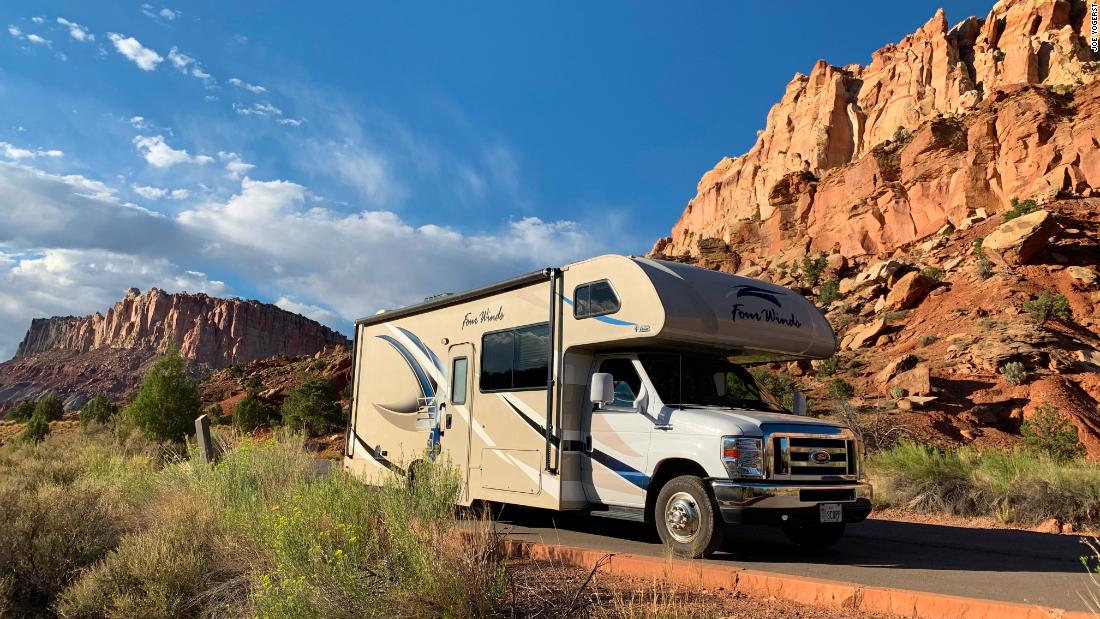 New Trucks for Sale in Los Angeles, CA (with Photos)