The California Vehicle Code contains the state laws that specify where and how bikes must operate. For the most part, bicyclists have the same rights and responsibilities as motor vehicle drivers. (CVC 21200).

There are some specific rules. Below, for your benefit, we summarize the key sections of the law that relate to cycling.

WHERE YOU CAN RIDE

If you’re moving as fast as traffic, you can ride wherever you want.

If you’re moving slower than traffic, you can “take the lane” if it’s not wide enough for a bike and a vehicle to safely share side-by-side. The law says that people who ride bikes must ride as close to the right side of the road as practicable except under the following conditions: when passing, preparing for a left turn, avoiding hazards, if the lane is too narrow to share, or if approaching a place where a right turn is authorized. (CVC 21202) Unfortunately, some motorists and even police don’t understand cyclists’ right to “take the lane.” If you have a legal problem based on this understanding, consider calling one of the bike-friendly lawyers we identify on our “Crash Help” page.

Use the bicycle lane. On a roadway with a bike lane, bicyclists traveling slower than traffic must use the bike lane except when making a left turn, passing, avoiding hazardous conditions, or approaching a place where a right turn is authorized. CVC 21208

You don’t have to use the “protected bike lane.” Once a bike lane is separated from moving traffic with posts or car parking or anything else, it’s no longer a “bike lane” according to the law; it’s a “separated bikeway.” CVC 21208 does not apply. You may ride outside of the separated bikeway for any reason. (SHC 890.4d)

Mopeds and high-speed electric bikes are not like regular bikes. Gas-powered bicycles and type 3 electric bicycles (with top assisted speeds of 28 mph) may not be used on trails or bike paths or lanes unless allowed by local authorities. They may be used in bike lanes or separated bikeways adjacent to the roadway. CVC 21207.5  They require helmets and may not be operated by people under age 16.

Bike path obstruction: No one may stop on or park a bicycle on a bicycle path. CVC 21211

Sidewalks: Individual cities and counties control whether bicyclists may ride on sidewalks.  CVC 21206

Freeways: Bicycles (including motorized bicycles) may not be ridden on freeways and expressways where doing so is prohibited by the California Department of Transportation and local authorities. CVC 21960

Toll bridges: Bicyclists may not cross a toll bridge unless permitted to do so by the California Department of Transportation. CVC 23330

Brakes: Bicycles must be equipped with a brake that allows an operator to execute a one-braked-wheel skid on dry, level, clean pavement. CVC 21201(a)

Handlebars: Handlebars must not be higher than the rider’s shoulders. CVC 21201(b)

Bicycle size: Bicycles must be small enough for the rider to stop, support it with one foot on the ground, and start safely. CVC 21201(c)

Lights: At night a white headlight visible from the front must be attached to the bicycle or the bicyclist. CVC 21201(d) and CVC 21201(e)

Reflectors: At night bicycles must have the following reflectors:

Seats: All riders must have a permanent, regular seat, unless the bicycle is designed by the manufacturer to be ridden without a seat. Bicycle passengers weighing less than 40 lbs. must have a seat which retains them in place and protects them from moving parts. CVC 21204

Helmets: Bicyclists and bicycle passengers under age 18 must wear an approved helmet when riding on a bicycle. CVC 21212

Head phones: Bicyclists may not wear earplugs in both ears or a headset covering both ears. Hearing aids are allowed. CVC 27400

Cell phones: Unlike motorists, cyclists are permitted to use a handheld cell phone while riding. Be careful!

Alcohol and drugs: Bicyclists may not ride while under the influence of alcohol or drugs. CVC 21200.5

Hitching rides: Bicyclists may not hitch rides on vehicles. CVC 21203

Carrying articles: Bicyclists may not carry items which keep them from using at least one hand upon the handlebars. CVC 21205

Parking: Bicyclists may not leave bicycles on their sides on the sidewalk or park bicycles in a manner which obstructs pedestrians. CVC 21210

Fri Apr 3 , 2020
Join RMAP or Renew membership today! Annual 2019 RMAP dues for journalists are $50 (before Feb 1, 2019) and $65 (after Feb 1, 2019). This helps support our association and is your entry to numerous professional-enrichment opportunities organized through and via RMAP. These include dinners and press events surrounding the […] 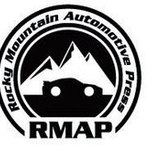